Blimey, it’s been a long time since I updated this blog! There are all sorts of reasons: quickest way to sum these up and give you a clue as to what I’m doing next is to reproduce my latest newsletter…

In which your narrator reboots after a crash 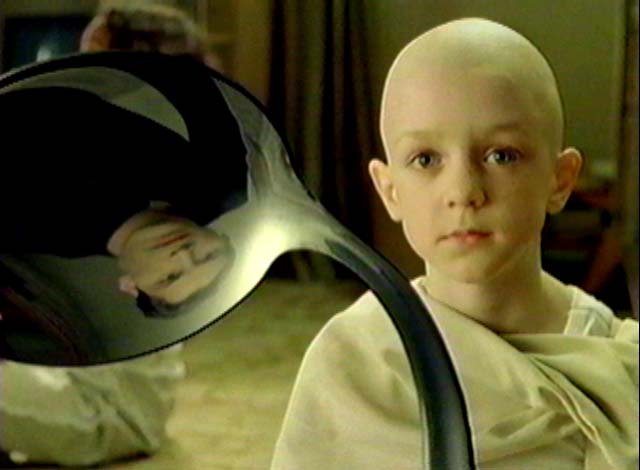 I am truly sorry about the gap between the last newsletter and now.

Basically, I did a lot of things, was too busy to write about them during them, and then fell over hard afterwards.

It’s something that never used to be talked about much concerning the effects of chronic illness (in my case, over a decade of Type II diabetes) – your body simply has less ‘energy’ to go round. Doing things, especially things involving a lot of travel, becomes incrementally difficult. Activists on these ‘invisible illnesses’ have come to use the metaphor of ‘spoons’ to describe this effect. I did a load of stuff, then I had no more spoons.

Here’s the things I did…

2nd of April was the marvellous Spirits Of Place event: hosted and envisioned by John Reppion. I was on the bill with some remarkable people, talking about the power of landscape, especially that of Liverpool and its environs. My talk, ‘Where The Buddleia Grows’ was on liminal spaces in urban magic, and seemed to go down well. You can read the text version over at Medium. Was an honour to be in that crew: meeting old acquaintances such as the great Ramsey Campbell and making many new friends. I also took advantage of the chance for a serious night of drinking with my partner-in-crime, David Southwell of Hookland fame.

On the 23rd of April, headed to That There London. I was called in to assist with a public magical working for Daisy Campbell and the Cosmic Trigger troupe: the immediate reason was that the gang were about to submit their bid for Arts Council funding for a second wave of the play next year. As a token of public interest in support of this, a Indiegogo was set up for that day to sell 123 tickets to the last London night of the show (which will happen, with or without the funding… but obviously it’ll be a lot easier with), and of course the first thing Daisy wanted was a ritual to nudge this result. In the middle of Hampstead Heath. The spirit of Eris was fully manifested (in the sense that a shitload of things almost went too wrong but not quite) and the Mischief was Managed. By the time we’d got a couple of rounds in at a nearby hostelry, those tickets had all sold. Took a little under three hours.

(I also got to crash at Daisy’s mum’s flat: which had that specifically odd sensation of sleeping in the home of a former Bond Girl.)

The last weekend of April, brought the extraordinarily fun and gorgeous Hebden Bridge Burlesque Festival. This 4 day event brought the cream of international performers to our little town & its environs. (This event is so inspiring that I wore four different outfits, none of which was in black!) 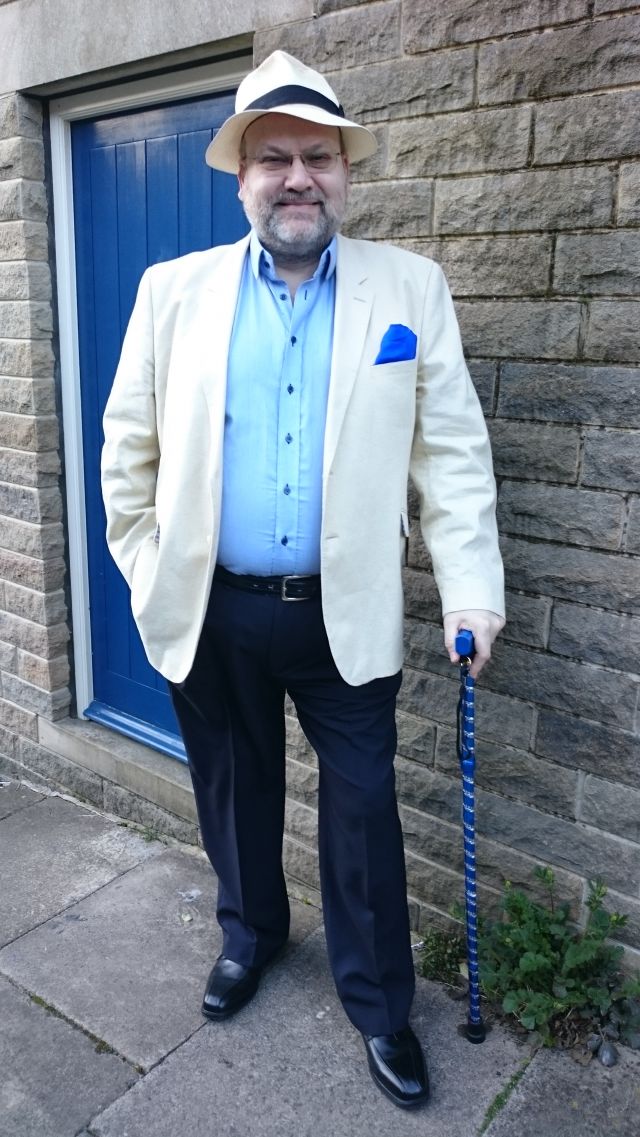 So many amazing acts; including our town’s first Naked Girls Reading event, where our own Heidi Bang Tidy read one of my wife’s blog posts about working with the Hebden flood food relief, which had all of us, including Kirsty, in tears.

The peak was the glorious Perle Noire: seeing her perform was like watching the child of Josephine Baker and Eartha Kitt dance her exquisite arse off. A gracious woman, both on stage and off (had the chance to pay our respects in the pub after). Yet another triumph for our local community, and further proof that not even a flood can keep this town down.

The week after that, I went back down to the Smoke, to see one of the last performances of KEN: Terry Johnson’s play about his friendship and working with the late, great Ken Campbell, with Jeremy Stockwell in the title role. As Ken was a big influence on me in many ways (from seeing his staging of The Hitch-Hiker’s Guide To The Galaxy at the Rainbow in 1980 to being the officiant at Daisy’s impromptu wedding at the Find The Others festival in 2014), I had to go. Not only were the play and the performances splendid, but I met two long-lost friends from the HHGG fan club ZZ9 Plural Z Alpha that I was an early member of! (And there was this whole part after the show involving naked people and psychedelic UV body paint. You had to be there.)

The next day was the pleasant change of going to a Treadwells event that I wasn’t actually speaking at: a one-day conference for the launch of the book The Secret Lore Of London. Christina and her gang always put on a good show, and this was no exception: the highlight for me was meeting John Constable aka John Crow, whose extraordinary shamanic and poetic work in, around and for the spirit of London’s lost was inspiring.

A couple of days back home, then down to Brighton for three days. The event I was going to was the Odditorium’s ‘Adventures On The Edge Of Culture’ for the Brighton Fringe. This featured my dear Daisy again, along with John Higgs, Melinda Gebbe and Alan Moore. This was as fascinating as you’d imagine… and then Higgs was kind enough to introduce me to Alan as a colleague.

Alan was utterly lovely. Listened to my somewhat burbling words, shook my hand 3 or 4 times… and then, when I said “there’s so much I’d love to talk to you about” said, “oh, we must go out for a drink next time I’m round your way”. Which, as it turns out, is fairly often. So, that happened.

The rest of the evening was spent nattering with Daisy & the crew (Alan had to make an early exit), which gave me the chance to natter with parts of that tribe I’d not spent as much time with as I’d liked before – people like Greg Wilson and Kermit Leveridge.

Day after was spent with my dear friends from that area that I’d not been in the same room as in years; my ex Lucy (one of the folk Neil Gaiman based Delirium in Sandman on) and her husband, the writer Adrian Bott. A fine reminder that time and circumstance don’t always triumph over love and friendship.

And then I got home and basically collapsed for a couple of weeks.

I have some spoons now. Here’s where they are being used…

Spent today doing final proof-reading of my next Darklore article, for the upcoming ninth volume of that ongoing Fortean compilation: an adaptation of my Treadwells talk on SF & fantasy’s influence on paganism and modern magic. And I just found out it’s right in front of a piece by Alan Moore… (Mine mentions him and Grant Morrison in the same breath – what could possibly go wrong?)

Tomorrow, back down to London to meet up with more of those old ZZ9 people. Folk there I’ve not set eyes on in a quarter of a century or more, so that’ll be interesting.

On the 23rd of the month, I will be getting a new tattoo: the White Horse of Uffington, inside of my right forearm. The timing of this upon the referendum date is not coincidental: seems the perfect time for an old cunning man like me to reaffirm his bond to Albion at a time when fascist and xenophobic forces are trying to make my land into a place of fear, suspicion and hatred. (RIP Jo Cox: she was MP for a nearby community and someone who clearly had no time for fear and hatred. May she be remembered for that, and not the manner of her death.)

Next week, Hebden Bridge is having an extra Christmas because the flood buggered up the last one. Following that, back Darn Sarf: I’m giving a talk on the 27th at the first Art Arcana event, BORDERLANDS, organised by the immersive theatre/ritual troupe Foolish People: tickets are free if you want to pop along, but do book first. My talk is called “Betwixt And Between”.

Following this is Festival 23 on the 23rd (natch) of July and surrounding days. It’s going to be an incredible weekend, and the latest culmination of the 23 Current I’m honoured to be a part of. I’ll be doing a reading of selected works and teaching a workshop in Defence Against The Dark Arts 101. Say hi if you come along!

Thank you reading, and for your patience in my absence! (Now over 500 subscribers.) You can leave any time you want, of course… but hopefully I’ll have more to tell you, and more spoons to jingle.