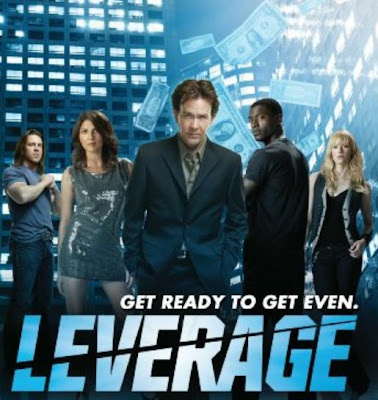 (Part 1 here, Part 2 here)
“Gypsies, tramps and thieves,
You hear it from the people of the town, they call us
Gypsies, tramps and thieves…
But every night, the men would come around,
And lay their money down.”
-Sonny and Cher.
“I’m a little bit wooah, a little bit waayy, a bit dodgy, a bit tasty…. I’m a geezer! I will nick anything!”
–Chris the Crafty Cockney, The Fast Show
The question I left with last time was;
If, as the work of Adam Possamai suggests, modern culture (and pop-culture especially) is essentially a product of the machinations of late-capitalism, is just product, merely cargo… what can we, supposedly nothing more than mere consumers, do to find a relevant personal spirituality?
The answer to that lays somewhere in the nature of power, ownership and control.
It’s clear that the modern industrial West is a place where the definition of ownership and property is getting… blurry. Corporations benefit on the one hand from immense political influence which they use to redefine the concept of property (through swapping actual ownership of sold goods to a model where the consumer merely rents them from ‘the cloud’, to suing anyone who infringes ‘their’ copyright while plundering other cultures and counter-cultures for their next Big Idea) and, on the other, from the trillions given to them to bail out economies fractured by the biggest Ponzi scheme in human history… from which they also profited to the sum of trillions of dollars. Numbers and power like that have a crushing weight to them, a force of gravity like supermassive black holes in culture.
So perhaps the best way to deal with them is to turn that gravity against them, to slingshot past their aims and, gaining speed from their mass, plunge ever deeper into imaginal space.
And, as we pass, steal anything that isn’t nailed down.
A key concept here is the Situationist term Détournement and the parallel idea of Bricolage – the taking of the products of capitalism and inverting them, remaking them to serve people rather than be cargo-trinkets to be worshipped and sought. Think: remix culture, sampling, cut-ups, mash-ups. Sharing, rather than unequal ‘free’ market trading. Pirate Bay. Fan-fic and Adbusters. Open-source Makers rather than trademark-and-copyrighted sellers. Stealing back from the thieves.
The Street finding it’s own use for things.
It’s not like there’s a lack of examples of popular ground-level belief systems appropriating the symbols and tools of the mainstream for their own purposes – from the John Frum devotees I mentioned last time, to Voudon altars covered with cigars, cheap bottles of rum and shop-bought Virgin Mary devotional candles. So many stories, so many tools… why not just pick them up, wield them… and most importantly, see what they can do when you ignore the warranty, use them outside of the realm of the manufacturer’s warning?
Ever wondered why Hermes was the god of both magicians and thieves? Why crafty has nuances of meaning that imply both skill and cunning? Why bricolage derives from the French word for a tinker? It’s a hint.
The biggest confidence trick of our times is that we are nothing but powerless, passive consumers. That this is not only how things should be, but that it’s good for us. But we can and should be more – active, smart, crafty tool-users. Tinkers, and tinkerers. The Master’s Tools bloody well can be used to dismantle (or rebuild) The Master’s House – that’s what tools arefor. Turn the con back on the grifters. Provide Leverage.
Possamai calls this kind of attitude towards the old myths and models ‘Presentist Perrenism’ – which, “even though it borrows eclectively from earlier esotericism, is to be understood as an expression, in the field of spirituality, of emergent post-industrial or post-modern culture.” The side-effect of all that Individualism that has been pushed as a way to make us buy newer and shinier things as a ‘lifestyle choice’ has had the unintended consequence of letting ‘consumers’ actually make those same individual choices about their own natures – and use the tools and themes and memes that array around them as the means to develop and construct their own path, their own mythos. The refusal to accept that anyone has the right to define our personal mythology but ourselves is an increasingly radical act, especially in the face of violently competing resurgent Great Narratives, dualistic us-and-them battles. There is far more to be had at the margins, the Bordertowns; the messy and vibrant meniscus between Buyer and Seller, adherent and heretic, the economists and the economised.
All the fun stuff happens at the edges: where the carnival shows and travelling clans, the car-boot sales and swap-mets, set up. Beyond the Pale. Beyond the consensus definition of the Real… out in the Hyperreal. Where the mages, fanboys and roleplayers, the short-con men and the jugglers, the Makers and the hackers and the rest of the Tribe of the Strange live, where it’s not quite safe and certainly not at all respectable or ordered or polite – and especially not Business As Usual. Where myth lives again.
I hope to see you there.