On 3 December I gave a talk at Treadwells on about how Lovecraft’s Cthulhu Mythos – both in his hands and in those of his contemporaries and followers – had been a surprisingly potent influence on modern occultism. It seemed to go pretty well… for the first time ever, a talk of mine was both sold out and had a ticket waiting list!

Sadly, plans to video the talk fell through, but there was an audio recording made: you can listen to it here:

Quite a few of the audience asked for a list of footnotes and links for the stuff I referenced, so here we are.

First thing is the bit of research I didn’t get the chance to do… ST Joshi’s mammoth Lovecraft biography, I Am Providence, which looks fascinating. (I did read some of his shorter essays, though – start here.)

http://www.tor.com/blogs/2014/09/ghostbusting-lovecraft A great thinkpiece on Ghostbusters as the most optimistic expression of the Mythos.

The HP Lovecraft Historical Society are at http://www.cthulhulives.org/

(This is where you can get the excellent Miskatonic University t shirt I wore, by the way.)

Alan Moore on his published and upcoming HPL comic books:

Me on True Detective and The King In Yellow: http://www.spiralnature.com/culture/hype/true-detective-flat-circle-chapel-perilous.html

As ever, one core aspect of my talk was Adam Possamai’s theories regarding Hyperreal religion. You can read my in-depth introduction to his ideas in the Darklore journal here:

My main source for the history of chaos magic and HPL’s influence was The History of British Magick After Crowley by Dave Evans: it’s not specific about the influence of Robert Anton Wilson on the original cohort, but his thought is clearly present.

If you haven’t done it already, read Wilson’s Cosmic Trigger: Final Secret of the Illuminati. If you have, then read it again. And if you ever get the chance, see the play.

If there’s any specific questions about the talk, please drop them in comments. 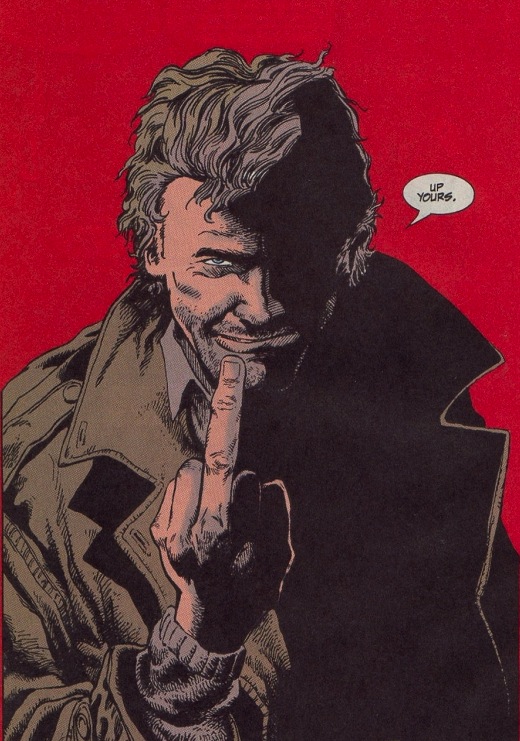 This isn’t so much a full Guttershaman installment as a kind of “DVD extras” post for the talk I gave to the Omphalos pagan moot in Bath today.

“Stories and myth are the ground that magic, and culture in general, are rooted in. Although many magicians and pagans endeavour to base their practice on authentic historical roots, there are other ways… using the fictional tales that fill our culture as a modern mythology. Movies, TV,  SF and fantasy fiction and comic books can all offer insights on magic and mysticism.
Cat Vincent coined the term Guttershaman to describe this perspective – an urban path based on the mix of ‘fact’ and ‘fiction’ with personal experience. He talks about some of the inspiration he has found along this path, with particular reference to the noted comic writers and practicing mages Alan Moore and Grant Morrison.﻿”

A few links for those that braved my mad rantings… (and thanks for a great reception!)

All the Guttershaman posts are collected here – start at the bottom!

On Alan Moore and Idea Space:

On V for Vendetta, Anonymous and Scientology:

On Grant Morrison and The Invisibles:

The canonical Invisibles site was Barbelith – which developed from a fan page to one of the most interesting occult discussion groups around. Quiet these days but much food for thought there.

A  very detailed Morrison interview, covering which bits of The Invisibles are purely autobiographical:

How close is The Matrix to The Invisibles? Here’s 15 points of similarity – Morrison claims over 80!

On fiction and reality merging, comic books and Moore/Morrison both: